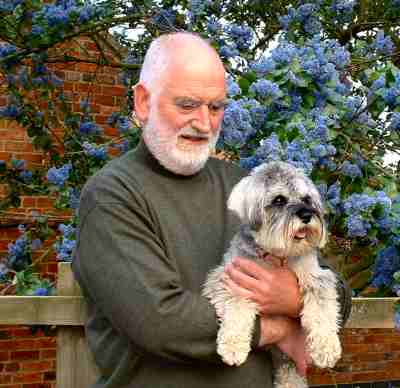 RAF Halton Aircraft Apprentice 74th Entry. As I was only in the REAL RAF for 18 months - I did not have long for experiences in the service.

But I did work on one of the last flying Lincolns; flew with a load of celery on a Shackleton; chased sheep around Cyprus in a Canberra. Then there was the time we flew into Honolulu in a pair of Canberras. never able to convince the Septic ATC chappy there were two of us until he announced "Holy shit ..."

I met Dave Neal some time ago, purely by accident, when I overheard him say "Ted Willis" and "Halton" in one of our local country pubs. Either name on its own could have meant nothing at all, but hearing the two together prompted me to overcome my shyness and introduce myself.

This was my first face to face encounter with a fellow 74th colleague since I was on a Valiant course at Gaydon with Lawrie Bowes a couple of months after we left Halton, and Satch Barker mentioned below. Prior to that I met a few friends and colleagues at Hornchurch going through the Aircrew Selection circus.

My initial posting was to Wyton and I was only there for three months before finding myself whisked off to Akrotiri for the Suez do with our Canberra PR 7 squadron. I was in Akrotiri until December 1956 when our squadron returned to Wyton. The following month saw the rudders of our aircraft over-painted with the skull and cross-bones and less than a month later we were on Christmas Island as 100 Squadron.

We had a great flight out in a B.O.A.C. Stratocruiser, various United Airlines DC-6's and finally from Honolulu to Christmas Island in the silent luxury ? of a Royal Air Force Shackleton.

We were on Christmas Island for the first lot of fun and games and here I met Clive Satch Barker, the airframe fitter from Sheerness, who had been a room-mate in 3 Wing, he turned up hot-foot and "hot" everything else with another squadron of Canberras from Woomera.

We flew home in a Qantas Super Connie on July 19th, 1957, for a quiet few months back at Wyton. January 1958 came round, and it was time for x-rays prior to a second visit to the Tropical Paradise? And that was where the RAF and I had to part.
"Just a wee snick Laddie." Off went half a lung and me amongst the civvies, after six months in hospital. Quite a shock - "What the hell do I do now?"

That, as they say, is a story for another time. My various jobs took me to more than 26 countries around the world, and in between times I got my PPL (Private Pilot’s Licence) with night and IMC ratings which came in useful from time to time. I finished up with three jobs at the same time, one here, one in Belgium and one in France. This, obviously, could not continue and I was eventually escorted away by men in white coats (well, not quite) burnt out and with a complete mental breakdown at the age of 57.

We moved from the hustle and bustle of Kent to the peace and tranquillity of Lincolnshire where we lived a very happy life until my wife of 43 years, Ann, died. I have a daughter in Norfolk; another in Majorca and my son is in Los Angeles. Each of my children has two children of their own. So, Granddad has a fair bit of family visiting to do.

One of my good friends at Halton, Tony Coles, managed to track me down for the 35th reunion and I fully intended to go. However, for the first and so far, only time in my life, I got the day wrong and turned up the day after everyone else had been and gone. I felt so sorry and such a fool and I had flown over from France especially to be there.

Sadly, I was not able to attend our 50th either as, since my breakdown; I have been unable to cope with groups of more than six people. This is such a disappointment to me as I am sure there will be many old friends that I would love to meet.